The Festival of Lights

It's been a while since I've been able to review a new kids' music album here at Singing in the Bathtub, which is why I am excited to announce this Special, Holiday, Double Album Review!
A few weeks ago I was contacted by not one, but two Jewish kids' singer/songwriters with new Chanukah albums on the market.
Mama Doni 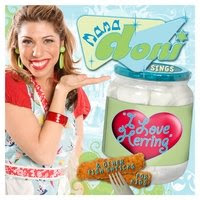 and ShirLaLa (a.k.a. Shira Kline)

We listened to both CD's in class this week, and here is what the students had to say:
Cover Art
We looked at Mama Doni's I Love Herring and I Love Chanukah first. The general consensus was that cover art "stands out," as one 9 year old described. I was told by most of the girls that Mama Doni is, "very pretty." There was general amazement in her transformation from the front cover to the back, "She doesn't look like the same person," one 10 year old girl commented. As for the inside of the CD, the general comment was, "Don't make me hungry!" Mama Doni got high marks in the art department or, "I think this is the best one ever." as one 8 year old puts it.
For ShirLaLa, the colorful painting on the cover made an impression. For those students familiar with Chanukah, the menorah was immediately recognized, "I love menorahs, and the pretty colors of the candles look great against the red." one 11 year old girl wrote. Not everyone made the connection, "It looks like a birthday cake at first," her 11 year old classmate remarked. Shira's hip, two-tone hairdo got noticed. Shira's cover art was also well received. "I think the cover art is awesome, and I also think it is very traditional," a quote from one 9 year old which sums it up nicely.
Lyrics
Again, for the Jewish students and those who were familiar with Chanukah, it was easier to grasp what both singers presented in their lyrics. I was a little disappointed that many students wrote, "I don't understand," and ended the conversation there. We talked about most of the references (avoiding some of the more scriptural music in ShirLaLa's album due to the secular nature of the classroom). For those who did pay attention to what was being sung, Mama Doni was most often described as "funny," and "cool." As for ShirLaLa, "She is very creative with lyrics themed around Chanukah." on 11 year old girl wrote.
Music
When I put on Mama Doni I saw a lot of heads bobbing, especially to "Funky Gold Menorah." I even saw some air turntable spinning. "It rocks," or "It's funky," were popular refrains. Some pointed out the different musical genres, "What I like is the Caribbean beat." one 8 year old girl remarked. "It's a mixture of different kinds [of music]," another 8 year old added. The Jewish Cowgirl was by far the most popular track. "I love the Jewish Cowgirl! This rocks!" one 10 year old wrote.
There was also a good deal of bopping in chairs when I put on ShirLaLa. I wasn't surprised that some of my South Florida students commented, "It sounds like Spanish," upon hearing "Chanukah Bamba." One 10 year old girl wrote, "I like how you put different music and added the kids to show your music." The "ShirLaLa Singers" were noted often. The same student went on to say, "I liked how you put two voices at the same time." after hearing "Hayom Chanukah."
Influences?
Let's start with Mama Doni. We ended on Jewish Cowgirl, so I got a lot of comments about country music, and horses, and hillbillies, and hobos (yes hillbillies and hobos!). "It reminds me of Hannah Montana (but you make better songs than Hannah Montana)," a 9 year old girl commented.
With ShirLaLa, some of the older boys made reference to Barney (though, as a friend of Barney I don't agree). The ubiquitous "Beatles" reference came up, and one that I was surprised to hear was "The Blues Brothers."
Age Range
In general the range for both performers was 5 and up. I heard the word "teen," come up a lot when talking about Mama Doni. With ShirLaLa, there were more "all ages" comments. 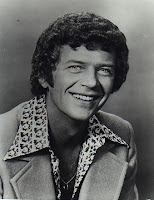 The Mike Brady Wrap-Up:
It was a little wild being contacted by two Jewish performers in the same week, both promoting Chanukah albums. At first glance, one might group these two kids' musicians together, but the great thing is that each singer represents a unique aspect of the Jewish experience. Momi Doni sings primarily in Yiddish (when not singing in English), while ShirLaLa sings primarily in Hebrew as a second language.
Mama Doni's persona is playful and humorous. In some ways I Love Herring is a comedy album. ShirLaLa comes across as soulful and free-spirited. Chanukah! as an album is more focused on education, celebration and religion.
Musically, again we see a divergence. Mama Doni's music, from a production standpoint, is almost entirely electronic. I would prefer some more acoustic instruments. I think producer Adam Nelson's skills and Mama Doni's sound are at their peak on I Love Chanukah. The vocals are well done, though some of the harmonies seem like an after thought rather than part of the composition. The album's humor outshines the music unfortunately.
With ShirLaLa, it is almost the exact opposite. There are very few electrified or synthesized tracks (even down to the string bass which is always great to hear). Here's where it gets a bit strange... Producer Josh Nelson (are they related?), creates a nice, live feel on the album. The band is great and the kids' voices are a nice touch.
I think all those Jewish families who are bombarded by Christmas carols every year, would enjoy either of these albums. So if you're searching for something other than "Dreidel, Dreidel, Dreidel," to sing this year during Chanukah, check out Mama Doni and/or ShirLaLa.
Kid Quote of the Day: "[This reminds me of] a night at home, eating matza ball soup with my family." ~Hailey (age 11)

That's great! Including two radio stations in the Boston area that started filling the airways with Christmas music starting November 1st (!), there is a glut of Christmas music, and it must be hard for Jewish families or those of other faiths. It's good to know that there are alternatives - and tuneful ones at that!