Ripping off the Band-Aid 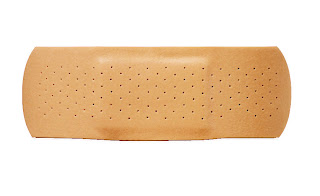 For the past three months I have been writing about the impending closure of the Arts Academy of Hollywood. This week, the inevitable happened and they closed they're doors for what I can only assume is forever. These past months have been like slowly ripping off a Band-Aid. Thankfully the Exploring Arts preschool and S.T.A.R. afterschool programs will continue at the Young Circle Arts Park facility in Hollywood. Sadly, I have had to take on other employment while the AAOH was teetering on the brink, and I won't be able to continue conducting my reviews with the S.T.A.R. kids, at least for this year.
With that said, today I am going to get started on a list of reviews that I have been holding off on with Ellis Paul's freshman children's music offering, Dragonfly Races. 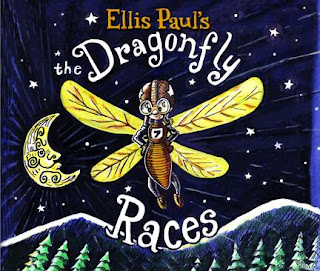 This, Parent's Choice Silver Medal, album from a folk artist who I recall from the Vienna Kaffe Haus in Westborough, MA when I was in high school, is a finely crafted and performed work. I would expect nothing less from this veteran performer.
Upon listening to it (for the first time, in the car), I was immediately struck by the first track, Wabi-Sabi, and it's crisp sound and funky beat. I was expecting something more along the lines of the title track, Dragonfly Races with it's delicate strumming and finger picking as well as the warm vocal harmonies. Paul has a gift for the storytelling aspect of folk song writing which is clear throughout the album, but particularly in songs like, Abiola (which is something of a different take on Abiyoyo perhaps?) and Million Chameleon March.
As an educator, here is my feedback:
I am often skeptical of the "Johnny Come Lately's" of the the kids' music scene. Not because folks like Dan Zanes and They Might Be Giants are selling out shows around the country while I'm working three jobs as a teacher to make ends meet, but because there is a certain wisdom that comes with working as an educator and interacting with groups of children on a daily basis.
I say this because I think that not all the songs on Dragonfly Races are appropriate for the same age range. Children as young as five will hear a recording like You are my Sunshine and likely respond, "That's baby stuff!" (while the parents will be touched by this sweet moment between Father and Son). Conversely, a song like 9 Months to Fix the World has some very heady concepts. It's not a kid's job to fix the world. As an adult I appreciate the sentiment and the imagery of a man fixing the world for his unborn child, but the underlying message is that we're living in a pretty broken world. Why trouble our kids' with that image? Songs like I Like to Swing are much more appropriate for kids' understanding and interests.
All in all, Dragonfly Races was a joy to review. I applaud Ellis Paul for his first foray into the world of kids' music, and look forward to his next release in the genre.

Kid's Quote of the Day: "Nick, I don't think they will ever fire you, because you are very nice." ~Michael (age 8)

I am perplexed and sorry that my comment of last night was not published! I am too tired tonight to repeat it, and we discussed it on the phone, Nich. Sorry!