A Year in the Bathtub 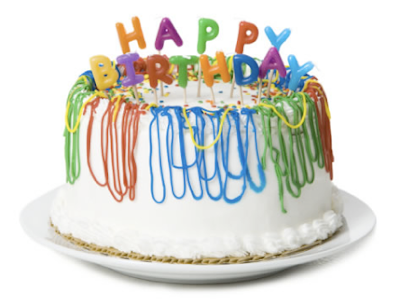 After a weekend celebrating Tracey and my sixth wedding anniversary, I realized that another important anniversary has come and gone. It was just over a year ago, that I followed the inspiration of my Sister Alison and began Singing in the Bathtub.
It's been quite a year of blogging, and to look back over the various posts and subjects covered, I am proud of what I've accomplished. I've done 12 album reviews, and made many good friends in the Kids' Music industry, and have been introduced to a bunch of great music that I would not have otherwise heard.
As many of my readers know, I have a new album in the works, People, Places and Things. I had hoped to have it completed this summer, but, as is often the case, the final stages of production always take longer than expected. At this point I believe that I'll have it printed and pressed by mid-October. Step by step I am expanding my audience, achieving new goals and challenging myself to grow as an artist, an author and even an agent. It's moments like these when I look back over a year and say to myself, Nice work Nick! Thank you to all the readers who have followed me on this continuing journey through the world of Kid's Music.
Kid Quote of the Day: "When I hear this sound, I imagine a magical universe. It's a cookie universe, that you can only get to when you are sleeping. It's very magical."  ~Brian (age: 4)
Posted by Nick! at 11:45 AM

It's been really fun reading along for the past year! I'm so proud of all of your accomplishments and I can't wait to see what the next year of blogging brings!

Happy Birthday, Bathtub!
I've loved reading along, too, and I've learned a lot musically from you that informs my teaching and working with young children.
I can't wait for the October release of People, Places and Things.
Brian must have some pretty vivid dreams! Very cute!
Congratulations! (There was a sale on exclamation points...)