Can you do the Hustle with no arms or legs?

Ask and ye shall receive. After a few months with nothing to review for Singing in the Bathtub, I finally have a growing list of CD's for your consideration. Today I am going to tackle the latest offering from ShirLaLa entitled, Earth Worm Disco.

Frequent readers of Singing in the Bathtub will remember ShirLaLa from last Chanukah's post, Festival of Lights. When I heard about this upcoming release, I was intrigued. First because up until this album ShirLaLa had carved a niché for herself by writing Jewish kids' songs, and Second because her style of Acoustic/Folk music was far from disco!
In both ways this album is a big departure. By teaming up with Producer/Engineer/Multi-Instrumentalist, Josh Nelson as well as other performers, mixers, mastering agents and songwriters ShirLaLa is taking her music to new heights (or perhaps depths). Equally, there is no music that is specific to the Jewish faith on Earth Worm Disco, but, ever the niché performer, the theme here is ecology and the environment.
Having been introduced to two Jewish themed kids' artists last year (ShirLaLa and Mama Doni), I wondered how much kids' music one could write with such a restrictive focus. In ShirLaLa's case, the answer is 3 albums (ShirLaLa Chanukah, ShirLaLa Pesach and ShirLaLa Shabat). With Earth Worm Disco, she is opening up her audience to we Gentiles (though I really enjoy her religious themed music). Along with this new theme, there is clearly a new sound. Shira rocks harder, incites her listeners to get down, and has created an album which is more of a "studio" offering.
Fans of ShirLaLa's organic, near-live, folky music might be surprised when they pop in Earth Worm Disco. Even the sound of her voice and style of singing has evolved. She goes from the smoky, torch singer style on tunes like "Whole Wide World" to a harder edge of "Reduce, Reuse, Recycle and Rock" to a pure sweet ballad tone on "Turning of the World." There are a lot more electric guitars, drum beats, horns and guest vocalists on E.W.D. and ShirLaLa has teamed up with some great performers! Shelley Nicole Jefferson adds a soulful flavor as Mother Earth on the title track. Shawn Shafner who plays Dr. BreathEasy on "Way Up There" brings a bit of Broadway sensibility to the album. I could imagine this cut being part of a kids' show on the environment. I was excited to see that ShirLaLa included a song by Ruth Pelham ("Turning of the World"). Her "Rainbow Song" was the song that kicked off my entire career in kids' music. I had never heard "Turning of the World" before, but it's a great addition to the album and my favorite vocal on the album.
As a special treat, ShirLaLa included a remix of "Reduce, Reuse, Recycle & Rock" done by Electric Junkyard Gamelan. I was not familiar with this crew of homemade musicians, but I am glad for the introduction. There is a bit of dialog to describe what is going on, but sadly, the music alone doesn't give the listener the whole story. Kids are so inundated with electronic music, that the organic sounds of this "junk-band" might be dismissed for more studio trickery. Check out the videos on their website. This is amazing stuff! 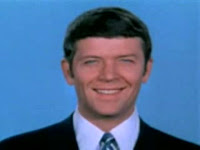 The Mike Brady Wrap-up: Earth Worm Disco marks a turning point for ShirLaLa in the world of kids music. She's got a new focus, a new sound, and some new friends to help her take the music to the next level. Ecology and the environment seem to be a growing trend in kids' music (everyone from Trout Fishing in America to Jack Johnson have their offerings along this theme), and when you stop to consider the uncertain world this next generation faces I am glad.
As a child of the late 70's I am glad to hear some funky disco music specifically for the smaller set. True, many people railed against the over-produced excess of the disco era, but I'd take a little Night Fever over the auto-tuned, in your face pop that Radio Disney pumps out. With our first anniversary come and gone here at Singing in the Bathtub, it is fun to watch artists who have been reviewed in the past grow and evolve. Earth Worm Disco is ShirLaLa's "one giant leap" into new musical territory and, in my opinion, a ringing success!
Kid Quote of the Day: "If I can't think of something, I just hit my head and say 'think, think, think.' It helps me remember." ~ Genevieve (age: 5)
Posted by Nick! at 6:40 PM

How intriguing! Thanks for an update on a previously reviewed musician. I will take a listen and respond. I wish I could just tap on my head and say "think, think, think" and clear my thinking. I could use some clarity in my life at this point!!!!

What a nice blog you have..thanks for all this information.