Today I am taking a bit of a departure from Singing in the Bathtub's stated mission to whoop up some healthy sibling rivalry with my younger sister Alison author of the "Little Linus Blogspot." As the story goes (and she tells it better on her side of the web), Tracey received a call from a hysterical Alison the other day. After allowing her to calm down enough to speak clearly, Alison told Tracey about a horrible experience at the beauty salon. She had a last minute hair appointment with a stylist who she had not been to before, and apparently it was a hack-job. I couldn't wait to see the result because my imagination was running wild.
She posted a set of pictures today, and you can be the judge: 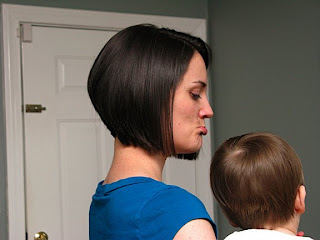 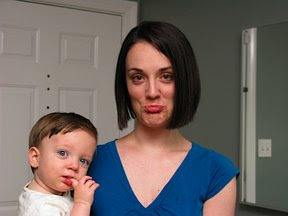 Okay... what? Perhaps this wasn't the haircut that Alison wanted or asked for (she wanted it to her shoulders), but really? This is an actual style that women have been imitating since Victoria "Posh Spice" Beckham sported it several years ago. 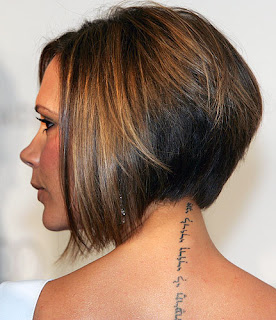 Minus the highlights and the trendy tattoo and they could be twins!
NOW... If you want to talk bad haircuts. Let me regale you with a tale that, to this day, three years later still sends shivers down my spine. My mother cut my hair for 27 years until I moved to Florida (and actually my last haircut was done by her when the folks were down last month), so I was mistrustful of hairstylists before this fateful day.
I went to a salon down the road that I had been to before because they offered a student discount to UM students. I had gotten a good cut before, but this time I dropped in and was scheduled with a new stylist. When I take off my glasses to get my hair cut, I am completely at the mercy of the person with the scissors. I am blind enough that it is a exercise in trust and faith.
The stylist was from India, and perhaps there were some translation issues, but here is how I walked away from the salon that day: 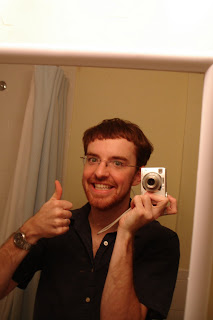 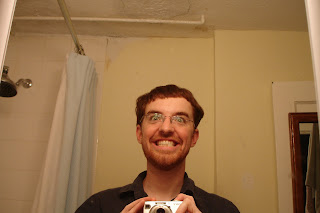 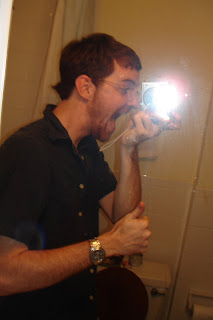 Apparently I was not the only blind person in the salon that day. Are the bangs even close to straight? What's with the duck tail in the back? Not only that but she cut the heck out of the back of my neck with the clippers. I was too shocked to refuse to pay, I even tipped (darn my New England politeness). No one even saw this monstrosity because I immediately went to another salon and had a second haircut to fix the mistake. At the end of the day, I paid $70 to look that good!
Alison got the Posh Spice cut, I got the Amish boy who got a trim with rusty garden sheers!
p.s. In the interest of full disclosure, I also called Tracey in hysterics that day. She's a good calming spirit.
Kid Quote of the Day: "Mr. Nick, did you know you got a haircut?" ~Joseph (age: 3)

Oh my gosh! I can't stop laughing! You win, Nicholas! Amish boy hair cut beats Posh Spice do anytime!! One wonders if that stylist is still in business!?! I imagine not everyone would have that New England gentile quality of tipping bad service...

Mom, Thanks for cutting my hair all these years and ruining me for all other stylists and barbers. Actually I have a really good match with Anthony at my local spa, and after this saga I am willing to pay the spa price every month or so. I am sure Alison would agree it's worth it!

p.s. Thanks for siding with your number 2 son on this little sibling one-up-manship.

No contest! Even Alison has to agree...
You're welcome. I love doing it.